Jon Cusack founded Cusack Music with the simple goal of taking a true engineer's approach to guitar pedal design. Rather than get caught up in hype and mystical thinking, Jon wanted to design and build a pedal with parts and circuitry that would really bring your guitar's tone to life. Jon decided to start with a Tube Screamer circuit, to see if he could improve it. "There was a lot talk about metal film caps making a big difference in tone...and that didn't make sense to me." Jon Cusack decided to investigate. Grounded in the reality of physics and electrical principles, he built the Cusack Screamer V1 with ceramic capacitors. Now 20 years later, the V3 is being released with metal film capacitors, only to prove a point - it sounds exactly the same.

There are some benefits to the metal film capacitors. They are less microphonic and their performance is impacted less by temperature changes. However, under most circumstances, the temperature ranges that a human would be performing a gig in are well within the tolerances of ceramic capacitors.

To our ears, those are the only differences.

The Cusack Screamer is a “clean” overdrive, but has about twice the gain of a typical Tube Screamer. Many TS style pedals come off as “mid-rangey” or “muddy”, making them easy to get lost in a mix. This is where the Screamer offers much more clarity than a typical overdrive. It has been meticulously thought out, and tweaked for maximum tonal definition. You can actually hear the individual notes of complex chords that would normally be buried. Many players consider the Cusack Screamer to be the best option in a crowded field for good reason! The V3 now has metal film caps, but don't be fooled, we think it sounds the same. Can you hear a difference?

CONTROLS:
-Drive: Adjusts the amount of gain and overdrive.
-Tone: Controls the tonal balance. Left is a bassier tone, right is brighter
-Level: Sets the output level.
-Toggle Switch: Left is classic silicon diodes. Middle is LED for a louder, punchier, brighter overdrive. The LED also lights up while playing! Right is Schottky diodes for a crushed, compressed tone.

POWER:
-Standard center negative 9V DC power supply, or 9V battery (neither included)
-Current draw: ~6mA
-Safe to run at 18V DC, but will not alter the sound due to internal voltage regulator. 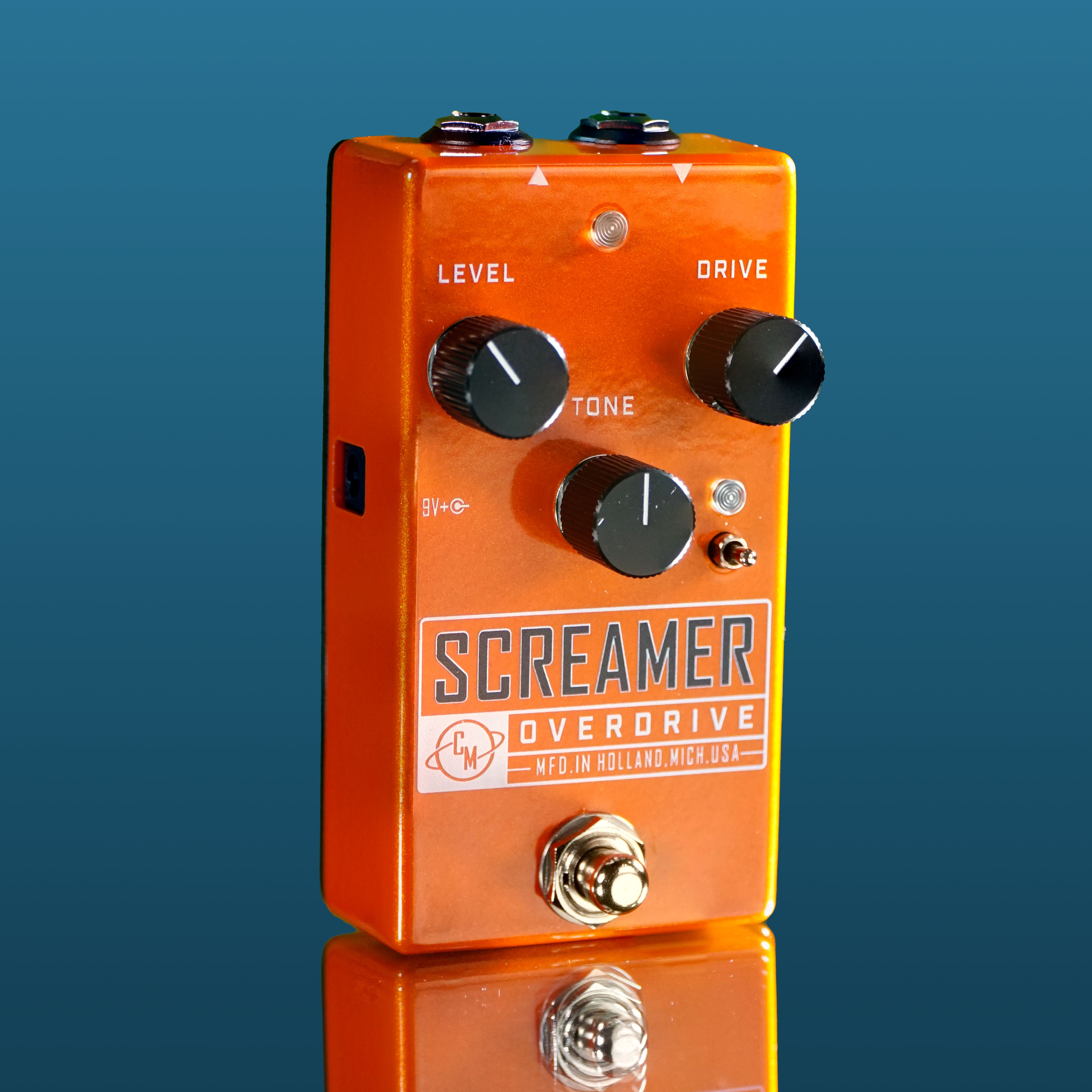 Resound - Reverb with Presets and Extend